Subject to favorable weather conditions, you will be able to ski in the domain of Baqueira Beret from November 25th 2022 to April 10th 2023.

This is the basic price for the BaqueiraPass package. Special offers may exist for different audiences and number of days.

The ski domain of Baqueira Beret

Come and enjoy the best natural skiing in the most prestigious resort in the Pyrenees, in Spain 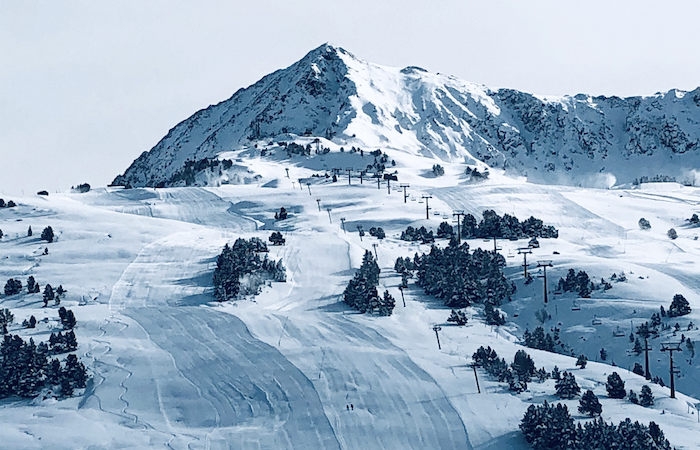 Where to ski in Baqueira Beret?

The most visited ski resort in the Iberian Peninsula extends over nearly 2200ha, between the Aran Valley and the Sobirà Pallars, in the Pyrenees of Lleida. Slopes adapted to all levels and all types of practice await you for an original and unforgettable winter sports holiday.

The ski domaine of Baqueira Beret in numbers: 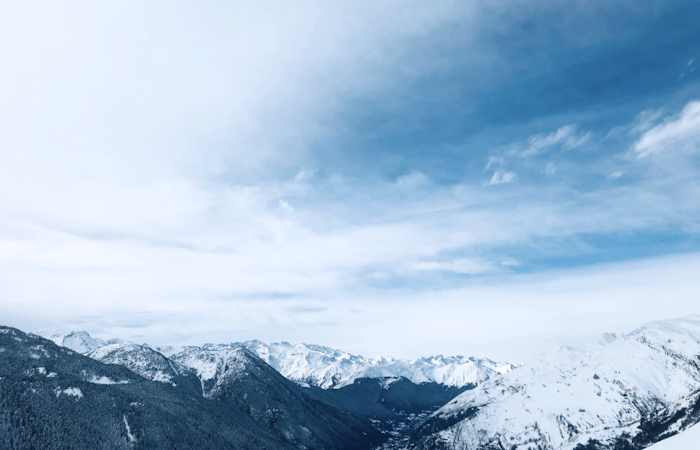 Having the King of Spain himself as a guest, Baqueira Beret is now the largest Spanish ski area and one of the most famous ski resorts in the Pyrenees. Its main assets? An excellent level of sunshine and snow throughout the season, plenty of ski lifts, slopes suitable for all, modern facilities, charming villages and the best festive atmosphere sought-after by guests for apres-ski in Spanish style.

Baqueira Beret is a friendly ski resort that welcomes guests in Spain in the Val d'Aran and Valls d'Àneu. It offers perfectly snow-covered and sunny slopes, surrounded by mountain lakes and peaks reaching up to 3000 metres in altitude. Its view of the Aneto massif provides an absolutely idyllic setting for skiing, much sought after by both Spanish and French skiers, who are seduced by the strong character of this Pyrenean ski area.

Apart of ski lessons, first-time skiers will find many spacious, gentle slopes in the beginners' area near the new Pla de Beret chairlift, as well as in Bonaigua, where the easy, charming Argulls blue runs await them.

The area is also suitable for experienced skiers, who will find superb descents of varying difficulty in the Baqueira and Bonaigua sectors. Great skiing awaits them in the first, at the Manaud chairlift, the emblematic Luis Arias black run and the very demanding La Passarells black run; while the technical difficulties are to be found on the Peulla runs in the second.

The icing on the cake is a fourth sector, Baciver, with only six red runs, which allows you to have fun up to an altitude of 2,610 metres. Initially intended for ski touring, the winding slopes of Baciver require a good level of practice. The proximity to France makes this resort even more accessible. 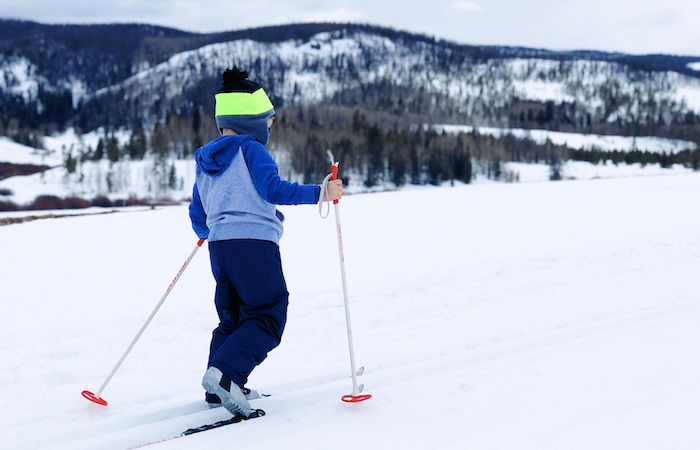 The winter holidays in Baqueira Beret take on a festive air thanks to the theme parks and other facilities dedicated to the young guests. The programme includes a variety of activities to familiarise them with snow and skiing, apart of lessons available for hire.

Designed to simplify the lives of parents who can go skiing with complete peace of mind, the Baqueira Beret SnowCamps keep young children occupied for full or half days with a wide range of indoor and snow activities.

The Baby SnowCamp 1500, located in the Baqueira area, accepts toddlers from the age of three months to three years, while the Baqueira 1800, Beret and Bonaigua parks are reserved for children aged three to six. Open every day during the season, they help children gain confidence and balance on skis. Respect for nature is also part of the program of fun activities organised by these real snow nurseries.

For the older children, the serious stuff can begin! The resort is well equipped with ski schools and offers many snowboarding courses and themed workshops during the school holidays. Almost half of the ski area is particularly suitable for learning to ski, with a wide range of green and blue runs of moderate difficulty, all easily accessible through a ski lift.

If your children already have some experience in skiing, they can safely ride the 2 km of slopes lined with animal sculptures in the Clot Der Os FunPark in the Beret sector or try out the resort's snow park and boardercross. 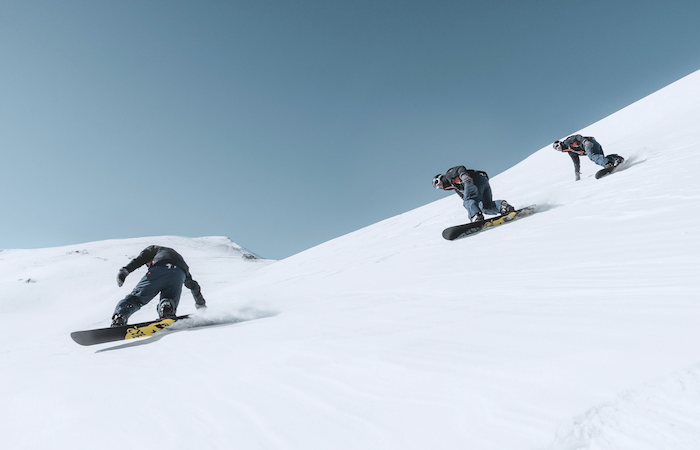 Other types of snow

For a few years now, alternative snow sports enthusiasts have been pampered by the resort, which has created one of the best freestyle areas in the Pyrenees.

Until 2018, freestyle ski was the “black sheep” of the ski resort of Baqueira Beret. Fortunately, this has now been largely remedied thanks to the Era Marmòta Snowpark. Here, beginners and experienced riders alike are welcome, as the snowpark has three independent green, blue and red lines covering all levels of difficulty.

You will also find in the resort of Beret the Blanhiblar boardercross, composed of great dubbies, turns and slopes accessible to anyone; the FunPark dedicated to the young ones and a slalom stadium.

Add to that the Audi Ski Kronos piste, located in Baqueira, and the Audi Experience snow circuit and you have a complete range of fun activities for you and your family or group of friends! 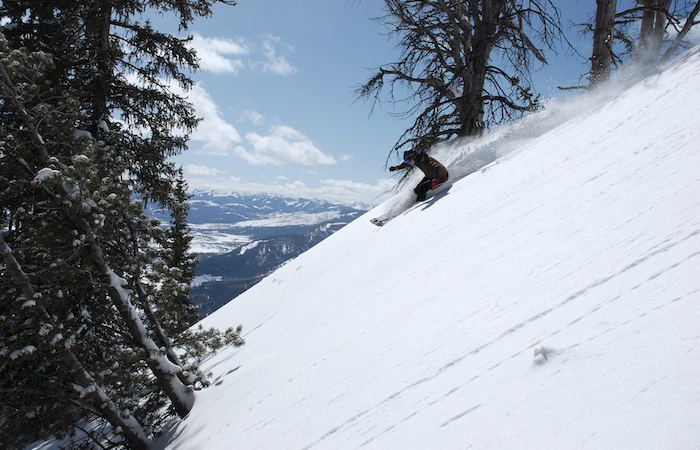 If the freestyle lovers from Southern Europe all gather in Baqueira Beret, it’s before all because the snow conditions are extremely favorable - but also because the natural setting is magnificent.

Baqueira Beret benefits from one of the best snow levels in the Pyryness, because of its orientation towards the Atlantic and because of its 2610 meters of altitude at its peak. These ideal conditions were enough to attract the organizers of the Freeride World Tour, who have made Baqueira Beret one of the highlights of this international competition.

For the amateur freeriders, there are two areas that are particularly good for off-piste skiing. If you are looking for a rather easy route in the middle of the nature of a wild valley, Bonaigua, at the Tuc de la Llanca ski lift, is the perfect place.

A little bit more technical, the northern slope of Cap de Baqueira offers several options for a recreational off-piste practice. From the chairlift of Jorge Jordana, you will choose between an enchanted immersion in the forest or a very steep descent in a wide corridor.

Other off-piste routes, both north and east, also originate in this area and you cannot miss the famous Escornacabres. But pay attention: the risk of avalanche is high in this zone and this has to be taken very seriously. 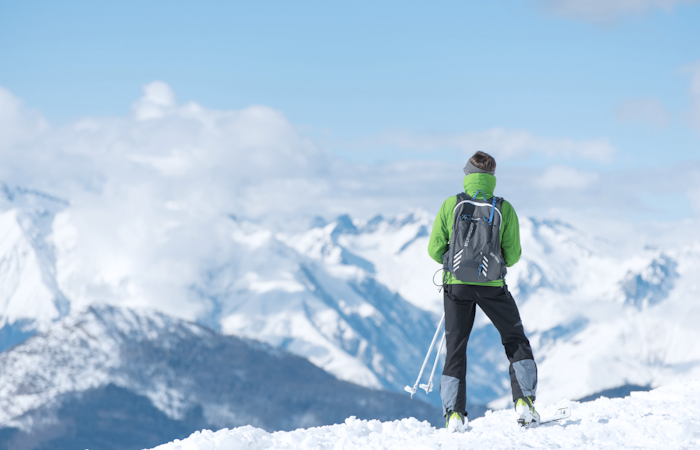 There are two circuits welcoming cross-country and skating skiers in the area of Beret. These areas are well marked, accessible and don’t require a day pass.

Located at Orri, next to the Montgarri enclave and outside of the Alpine ski domain, the Nordic skiing circuits offer well marked routes and one can choose between a 7km loop or a more leisurely 40km loop. Every year in the month of February, cross-country skiers from the whole world come to enjoy these routes in the setting of a popular course that reunites more than 1500 participants: the Marxa Beret.

The cross-country skiing circuit of Pla de Beret is completely free, since it’s not necessary to take any ski lift to get there. And if you wish to take a night ride, that’s not a problem, because this route is accessible at all times, day or night.

Pamper yourself, your family, or your group of friends with a breathtaking winter sport holiday in one of our exclusive rental accommodations. You will be charmed by their exceptional location in the heart of the resort and by the extraordinary experience they will give you.  Choose your property based on the desired number of rooms and facilities, such as sauna, spa and jacuzzi.

Property owners, do you wish to rent your apartment or chalet close to the slopes? Let’s discuss!

Are you the owner of a prestigious property in Baqueira Beret or in any of the most beautiful resorts in the French Alps? We can help you improve its profitability thanks to our private concierge service and high-end seasonal rental management solution.